The Donkeys of Hawaii Have Been Saved!

The Donkeys of Hawaii are part of Hawaiian Agriculture History.

They are affectionately known as the Kona Nightingales

because they bray or "sing" to each other as they

return to the mountains at dusk.

The herd was estimated at between 400-600 animals,

residing across more than 2500 acres of private land.

If the population continued to increase, scarce resources would have been quickly depleted and the donkeys would have

suffered from starvation or dehydration.

In addition, some in the community viewed the donkeys as a growing nuisance as they were competing with local ranchers'

With the support of Dr. Brady Bergin of the Big Island, local veterinarians, policy makers and community members,

The Humane Society of the United States

determined that it was feasible to sterilize some,

control fertility and re-home others.

﻿We are happy to announce that this

mission has been accomplished with the help of

and the many donations

from all who contributed!

Thank you for caring! 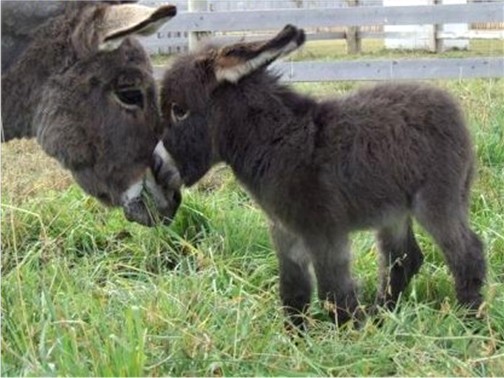 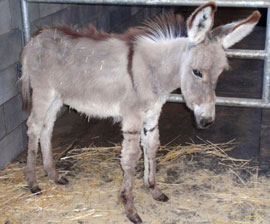